Our mobile site is optimized for smaller screens.

TRY IT NO THANKS
Use Map Sold Advanced 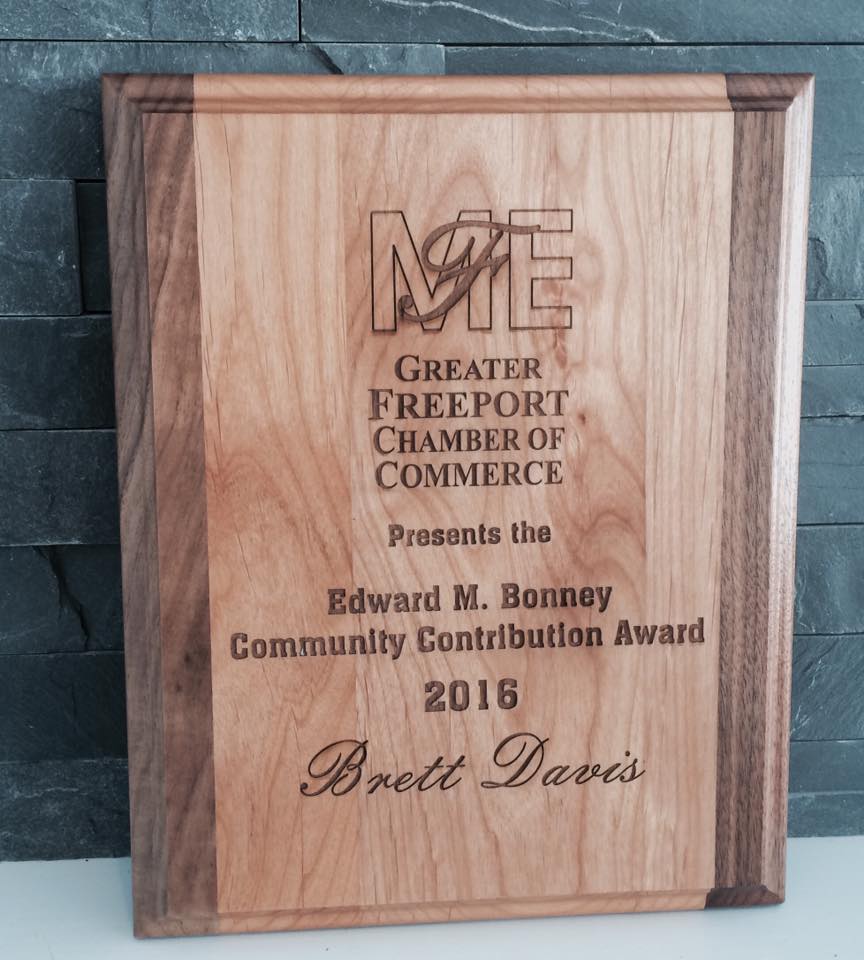 Brett's Team Says:  We were honored to attend the Greater Freeport Chamber of Commerce Annual Meeting on January 19, 2017 to applaud our own Team Leader, Brett Davis as he received the 2016 Edward M. Bonney Community Contribution Award.  Brett's ongoing interest and support of the Freeport community a and surrounds is well known to us year round.  From youth program and sports sponsorships, to active participation in both Town and Chamber projects to willing and open networking Brett includes the community in his business operations everyday.  Thank you Greater Freeport Chamber of Commerce for giving Brett's generosity a moment to shine!

The Edward M. Bonney Community Contribution Award nominations are submitted and voted on by the Greater Freeport Chamber of Commerce membership.  In its' fourth year for the 2016 award,  it is presented to a business leader "who has a history of investment in Freeport and beyond and who has made a serious commitment to public service throughout their time in Freeport."  Congratulations Brett!

Start a property collection to save searches, mark favorite listings, and stay in the loop

Where to find us:

We're easy to locate, check us out on

Send us a message